The LiDAR 3D scanner is a 3D scanning device based on LiDAR technology that can capture the shape and size of a physical object and display them on a computer in the form of digitized three-dimensional coordinates in a point clouds file. Not all LiDAR scanners feature SLAM. The SLAM-based LiDAR 3D scanner will not be influenced by satellite signals and can show its talents in places where GNSS signals are not available.

What is LiDAR 3D Scanner?

LiDAR, which stands for light detection and ranging, is a method of determining the range (variable distance) between an object and a receiver by using lasers.

The LiDAR 3D scanner is a device that realizes three-dimensional space scanning based on LiDAR technology. It can simultaneously emit multiple laser beams to measure the distance between the sensor and the object, thus realizing the scanning of three-dimensional space. The shape of the object appears as millions of points( point clouds) on the computer monitor. On the contrary, a 2D LiDAR scanner can only emit one laser beam at a time to achieve plane scanning. 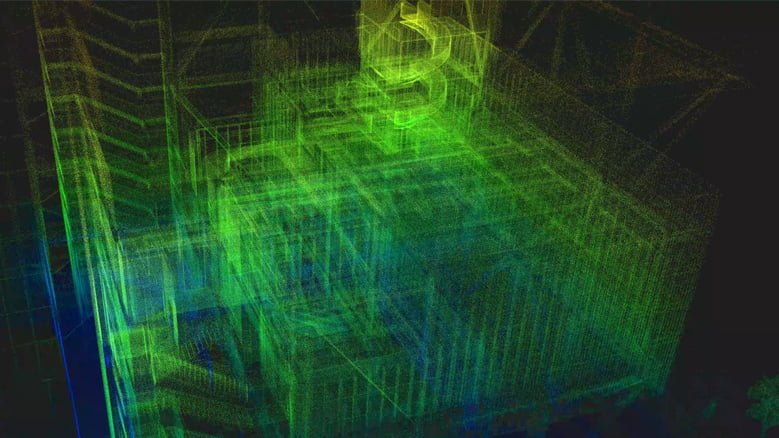 The point clouds is an important concept in 3D scanning. It is the output of the 3D scanning process. A point cloud is a set of data point in three-dimensional space. Each point cloud has its own X, Y, and Z geometric coordinates. The sum of these point clouds will form a physical object appearance.

The LiDAR 3D scanner is ideal for measuring and inspecting contoured surfaces and complex geometries that require large amounts of data to accurately describe, which cannot be achieved by using traditional measurement methods or touch probes. 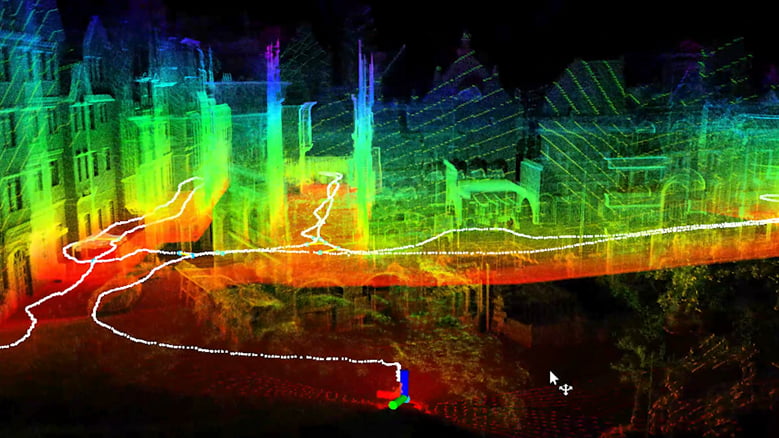 SLAM stands for Simultaneous Localization and Mapping. It is the process of mapping an area, which enables the device to position itself and navigate the map while building it. While scanning the mobile maps, SLAM algorithms track the scanner's location through data collected from one or more sources while building an accurate, complete 3D point clouds of the surrounding environment.

LiDAR scanners with SLAM algorithms allow georeferencing of each measurement or point in the generated point clouds, combining each "point" to represent the target object in a 3D form. A LiDAR-based SLAM system generates a 3D map of its environment while using lasers to measure the distance between the scanner and the target object.

LiDAR 3D scanners with SLAM can work in areas where GPS or GNSS signals are unavailable, and can easily and quickly 3D scan large areas such as construction sites and underground caves.

Compared with other scanning systems, the LiDAR 3D scanner with SLAM has many unique advantages in the construction industry, making it widely accepted in the market even though it is expensive. 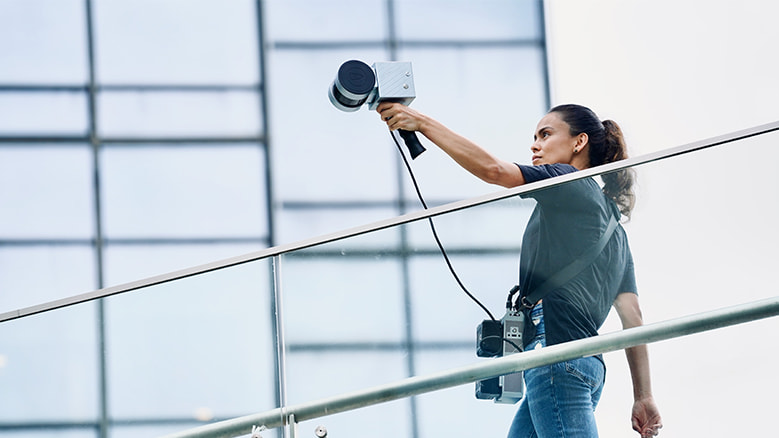 It can also be mounted on a drone and used to scan hard-to-reach places.

The LiDAR 3D scanner with SLAM has no dependence on GNSS (GPS) signals and can complete the scanning work perfectly even in places with poor or no signal, such as remote areas, tunnels, caves, mines, forests, etc.

Stay away from danger

The LiDAR 3D scanner with SLAM enables professionals to scan target objects in a safe environment. The scanner will replace the professionals to measure the hazardous areas where no satellite signals can be found. This feature keeps measurement personnel out of danger and avoids accidental injury.

The LiDAR 3D scanner with SLAM can capture the data of the target object and the surrounding environment with extremely high accuracy and provide scanning results at a faster speed. At the same time, unlike traditional scanners, the 3D scanner is easy to set up, which significantly saves time.

Due to their high precision, the LiDAR 3D scanner responds well to the different needs of urban areas and smart cities. It can perform 3D analysis of both point clouds and the real world. It can be used for various urban applications such as urban planning and management, point clouds recognition, segmentation, urban elements classification, etc. 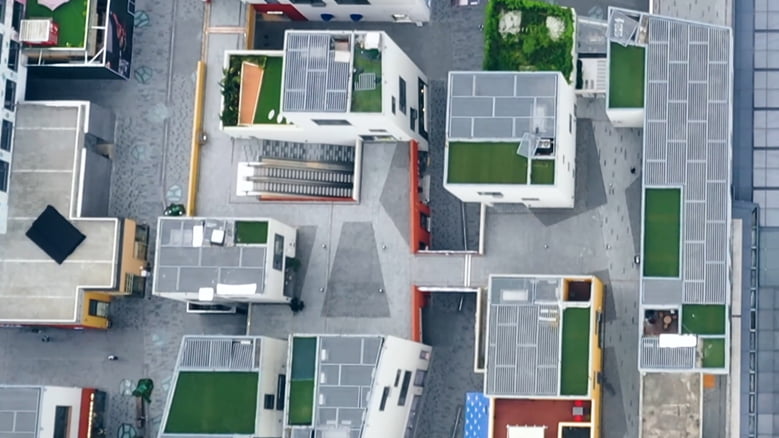 The LiDAR 3D scanner can be used for 3D virtual reconstruction of indoor and outdoor environments of historic buildings, and underground architectural heritage and archaeological sites.

In most of the underground environment such as caves, mines, quarries, and tunnels, GPS is unavailable. Currently, the LiDAR 3D scanner with SLAM is the best choice. It enables more accurate and complete coverage mapping. It also enables faster dimensional measurements of cavities, including corridor width, height, void volume, void location relative to ground assets, and overlay thickness. 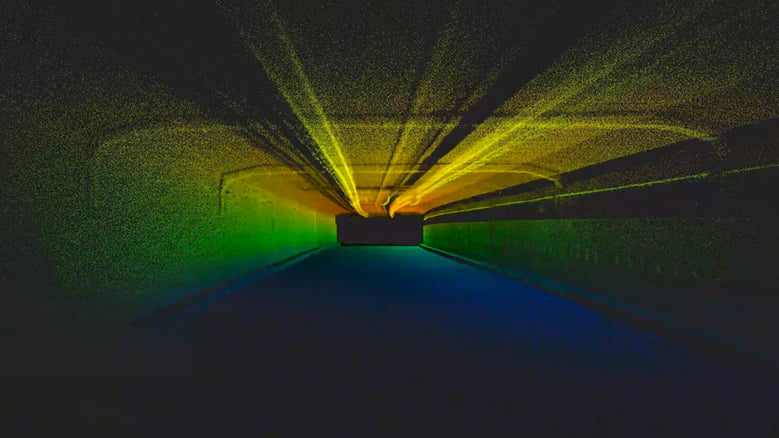 Through the LiDAR 3D scanner, the 3D model of the analyzed forest or orchard can be quickly and accurately reconstructed, which can be used to extract relevant indicator information of trees in artificial or natural forests and smart agricultural applications (orchard yield). The information includes branches information like typology, length and number. 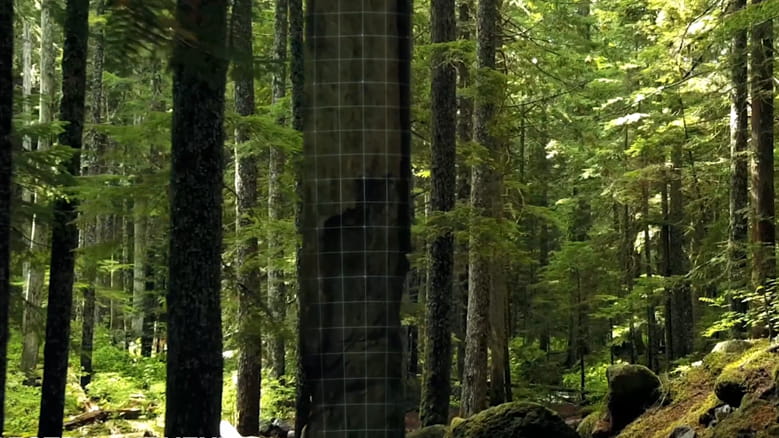 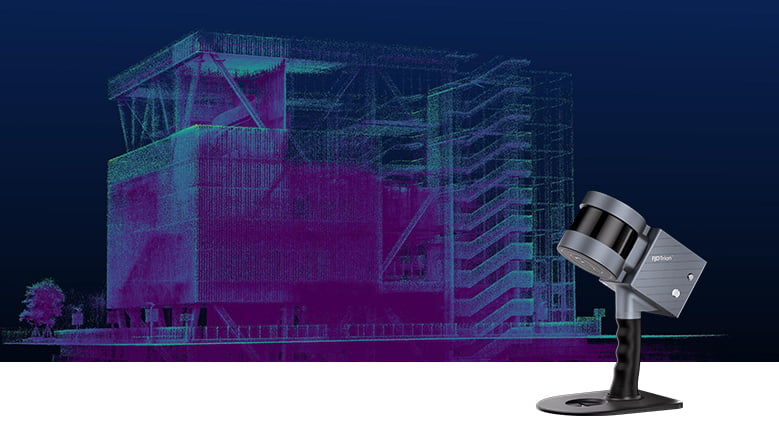 As a 3D LiDAR scanner, the Trion S1 is light weight and portable, which can be used indoor, outdoor and underground, even in the sky with drones.