FJDynamics was nominated as one of the TOP 50 AgTech companies in the category of Robotics and Automation in 2022 by THRIVE, a global agrifood investment and innovation platform headquartered in Silicon Valley.

This year, the list focuses on sustainability within the agricultural sector and celebrates companies that are shaping the future of food and agriculture through innovation in the face of environmental challenges, according to John Hartnett, CEO of SVG Ventures.

The Challenges the World Is Facing

More food needs to be produced to feed the growing population. However, another set of UN-reported numbers cast a grim shadow: The world is moving backward in eliminating hunger and malnutrition — as many as 828 million people were affected by hunger in 2021, 46 million more than the previous year, and 150 million more compared to 2019 as food production becomes unpredictable because of extreme weather and the supply chain that has been disrupted by the pandemic, the economic downturn that ensues, and the regional conflicts.

Agricultural productivity needs to increase by 60% to provide adequate food by 2050 to feed the then 9.7 billion people according to FAO. Taking on the challenges, companies across the globe have been making investments to reimagine food production for a resilient food supply — Indoor vertical farming for locally produced leafy greens, modern seed breeding for yield improvements, feed additives for better animal health and protein production, and many more.

Nominated as the Top 50 AgTech companies in the category of Robotics and Automation, FJDynamics has been democratizing precision agriculture with its products.

Tractor Auto Steer System
The tractor auto steer is a navigation system that utilizes GNSS and RTK to guide tractors along straight lines, curves, or concentric circles with sub-inch (2.5cm) accuracy, independent of natural light or operator experience — operators, inexperienced or seasoned, can deliver centimeter-level accuracy in low-visibility conditions and even at night, enhancing productivity by covering more acres in a workday.

Benefitting from the system, farmers are able to reduce skips and overlaps to avoid missing spots or doubling down on seeds, fertilizers, and chemicals, saving input costs in the end.

Since the rows are evenly spaced and the offset is contained within 2.5cm, more rows are planted, sprayed, and harvested, contributing to the yield improvement.

Thanks to its ability to memorize routes for future operations, the tractor auto steer also allows the operator to repeat the paths year after year, compacting only a part of the farmland and leaving the rest undisturbed, improving the soil's overall condition and micro biodiversity. 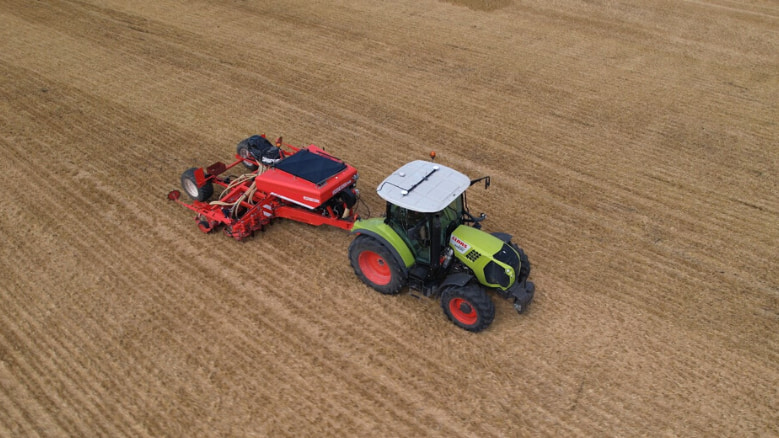 The AL01 Land Leveling System, also utilizing GNSS and RTK technologies, was introduced to the market as a water management tool that optimizes water use, improves productivity, and increases yield.

Farmers can use the system to reclaim wasteland that has relatively large elevation differences, fine-level farmland/rice paddy before seeding or transplanting, and convert slopes into terraces.

The leveled farmland can see a 22% drop in water consumption compared to its unleveled counterpart and has a better yield thanks to the uniform elevations across the rice paddy — differentiated elevation in a rice paddy leads to uneven water distribution and growth, which impacts the yield. 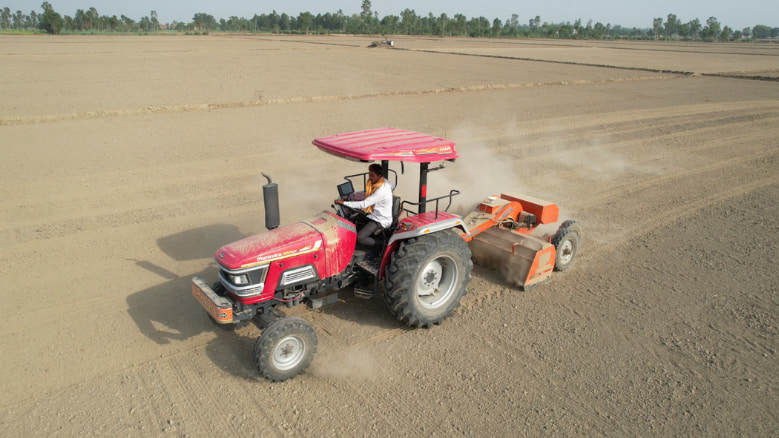 FJD Connect is an online platform that serves to increase farmers' productivity by allowing them to connect their autosteer system(s) to the platform and manage data in one place.

After integration, farmers can sync their boundaries, tasks, and guidance lines to the system, make insight-based decisions with help of historical records, and create and assign tasks in bulk to streamline farms' workflow. 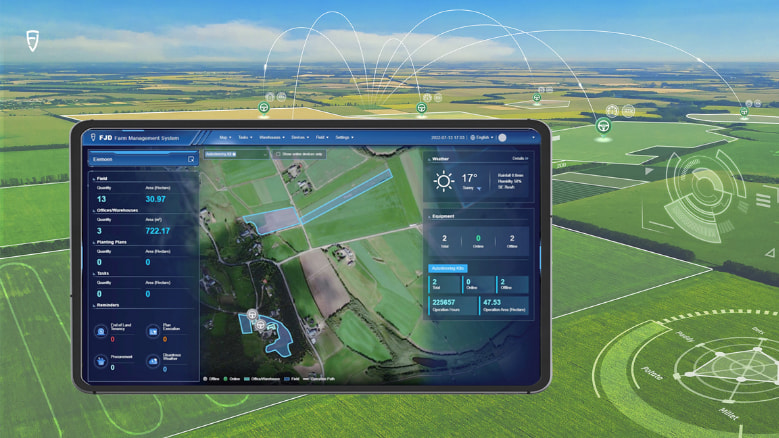 (The interface of FJD Connect)

FJDynamics is a robotics company focusing on digitization, automation, and new energy.
It's committed to driving carbon neutrality and improving working environments with its useful and affordable robots in labor-intensive industries. Its technologies have been applied in agriculture, construction, geospatial, and electrical. The company has R&D and operation centers in Singapore, the U.S., Sweden, mainland China, and Hong Kong.